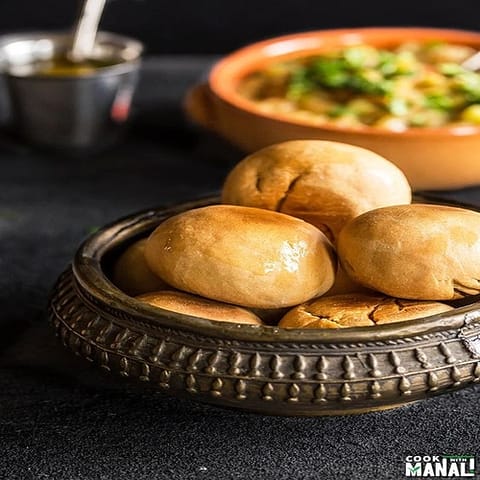 Cuisines of Jharkhand owe a fair share of resemblance with those of Bihar, provided the two states being so close to each other. What makes the food here unique is its exquisite taste and myriad lesser-known ways of cooking! Enhancing the taste in four folds, people of Jharkhand tend to use mustard oil as their medium of cooking and that’s what makes their cooking ground-breaking and absolutely sumptuous. With a flourished agriculture in the state, comes an advantageous horticulture which further boasts a potential for forest-based products.

All in all, people in Jharkhand are quite aware of their agricultural bounties and make full use of the same. Here’s to distinctive Jharkhand food, the aroma, the exclusive taste and the soulful recollection thereafter!

The delectable cuisines of Jharkhand draw a lot of tourists towards itself. Given below are food-items that are truly a must-try for everyone visiting Jharkhand.

Most of the food in Jharkhand is vegetarian, owing to the religious beliefs of India, with a touch of Bihari taste to the same. This makes Litti Choka a prevalent dish in the neighboring states and a lot in Jharkhand and Bihar. Local residents savor the same, quite enthusiastically and eat it with Yoghurt, Baigan Bharta (Chokha), Alu Bharta or Papad. It’s one of those cuisines of Jharkhand which is eaten with utmost zest and cooked on special occasions in local households. It further has an earthen taste to it and is worth giving a try.

This one’s a very famous dish, in and around Jharkhand, mostly in West Bengal and Orissa. This delicacy in Jharkhand has a flavor of its own and is eaten with a variety of side dishes, thus being different here in particular. This cuisine of Jharkhand is a mouth-watering local recipe that’s sure to satiate your appetite fully!

A beverage that’s much acclaimed in the state of Jharkahnd also makes to this list of ours. It is a rice beer, made by the locals themselves. It is made from the ranu tablet which is a combination of 20-25 herbs, which is further mixed with boiled rice and left to ferment. This drink takes a week to be prepared for consumption. With a lower alcoholic content than the country alcohols, this one’s a true delight to the locals in all ways.

This one’s another of those exquisite dishes in Jharkhand which is quite popular. Rugra tastes like mushroom and is very delicious to eat. Rugra is basically an indigenous variety of vegetable, rich in protein and minerals and high on calorific value. Thus, this one’s both healthy and tasty. It is available in abundance during the monsoon season.

Dhuska is again a very popular food item in Jharkhand. It’s quite pointless actually if you visit Jharkhand and not really get to eat Dhuska. It is often eaten as a breakfast item and is prepared from rice and lentil batter, which is fried later. It is normally served with traditional ghugni, which is a simple curry made with black chickpeas. Dhuska and Ghughni together make one of the best combinations in the world and are meant to be eaten together. Not to mention that they taste like heaven, if that’s possible.

Well, here we come to an end of naming an exclusive list of cuisines of Jharkhand. Hope you’d try these ASAP if not already. Go ahead and pick your favorite. Also, don’t forget to let us know the same in the comments down below.